New Start on Designing a Dress!

Hi again :)
This is going to be another *short* post, just because I can't sleep and stuff. (Whoo!)
I've been set this project for English in school, and it's very vague and open ended because all we're given is a prompt sheet with ideas on. It's supposed to be a task where you just further explore Charles Dickens and all his work you're inevitably going to have to study. One of the ideas on the sheet was to recreate a character's costume, and, seeing that Miss Haversham's was a wedding dress, I kind of... well, I would say jumped at the opportunity, but it was more like divebombed. Jumped sounds uncharacteristically graceful for me. After a partially failed attempt at ordering the fabric from ye magical interweb, and subsequently discovering that 'netting' and 'tulle' and 'lace' are entirely separate things, I finally started designing the bodice from an original sloper I made for another project. ("And here's one I made earlier!!")
Thing is, I have a friend who's a dancer and therefore actually in shape (ie a twig but she doesn't like me calling her a twig) and no matter how much I bug her she won't be the model for the dress :'( And there I was,  looking forward to designing for an alternative figure... *sigh*
It's a ridiculous time so I'll sign of and say I'll post a picture of my progress on the dress tomorrow despite the fact that tomorrow is actually today and yesterday is the future and the whole world's going to explode.

Haven't been doing much crafty stuff recently. The most interesting thing has been decorating the Christmas tree and starting a journal-type book of my favourite recipes and recipes on odd bits of paper that have just been lying around everywhere. Yay. CHRISTMAS IS ALMOST HERE OMG ONLY FOUR AND A HALF DAYS OF SCHOOL LEFT TO GO!!!! Ahem.
It's quite sad how much more easily excited I am than my brother, who appears to want to become part of the computer. I'm fourteen for goodness sake, I'm supposed to be all grumpy and bored and complaining about how Christmas is stupid and stuff.
Sidenote: I started teaching myself guitar - thanks YouTube - and therefore feel slightly smug. I'm sure the novelty will wear off but it makes anyone who plays it look awesome. I'll probably be an exception then. Also I've only just got the feeling back properly in my fingertips! 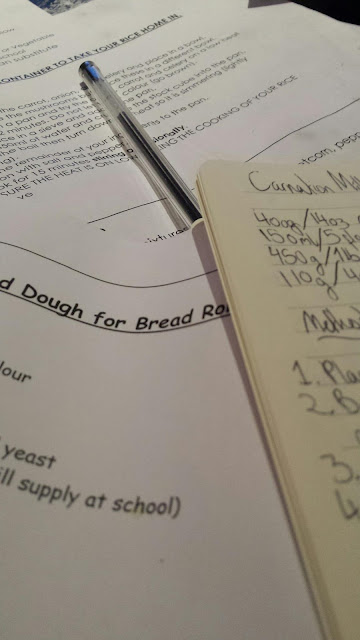 Sorry. I can get a bit over-excited, and just overlook the hundreds of pounds spent on things that the novelty will wear off of in a few days, and foods that will make us spherical. Ahem.
ANYWAYS it actually feels more like Christmas this year. It's colder and there's more chance of frost so everything feels more Christmas-y - partly because of my red nose and suffering, and party because of the lack of money in my purse!
I don't really have much to talk about today because I haven't got much done, I just wanted an excuse  so that I could say it was one month till Christmas. Yeah.
I'm trying to think of something interesting to talk about... and I can't... so nothing unusual there then. Other than some bizarre and frankly disturbing dreams involving an aye-aye (just google it), jelly, and EXERCISE (GAASP) I'm totally, boringly normal. Ha.

Progress on the Shirt

This is just a little thing for today but if I do lots more progress I might update this or do another mini post. Yesterday I did the exact opposite of what I said I would. I was supposed to spend five minutes clearing the floor in my (half-rearranged) bedroom when AND SUDDENLY THREE HOURS LATER happened... yeah. Tidying is slightly more productive I guess. BUT I also spent until ten in the evening finishing off my shirt (sans snaps) which gave me backache. Maybe the world is telling me that stitching is so much more comfortable. Naturally, after finally turning off the sewing machine that had been on for six hours and thinking I can't see because I've been looking at small things for ages! I just had to go and check on my mum who was neglecting the lamp and the stand in favour of cleaning out our guinea pigs... Yeah I totally didn't stay up until 12:00. But that's my stitching for today done, right? (Bad Heather. Very bad Heather.)

So anyway here's the shirt so far, beautifully modeled by Jennifer: 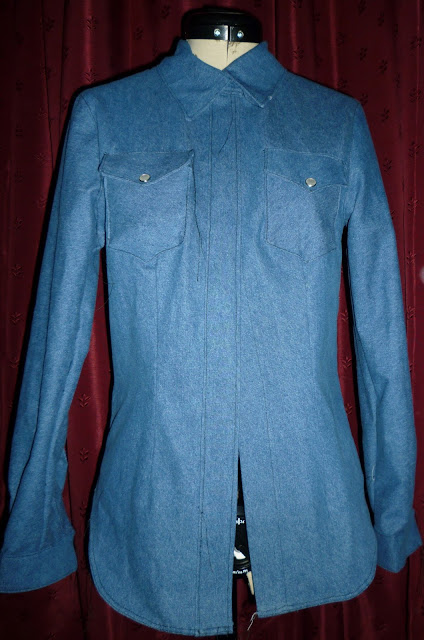 The bottom edges are the same length, it's just without the snaps they don't sit properly yet. There are a few loose threads - that's something I'll have to do today!

As for the coffee, I've updated my last post and put a pretty picture of what it looked like 24 hours ago, and what it definitely not what it looks like currently! Oink.

So I mentioned a coffee cake yesterday. I think I'm ill because I actually did bake it today AND I'm writing about it. I don't know. It looks artistic. Yep. (The photos aren't complying so I'll edit some in tomorrow when there's better lighting.)

Anyway the recipe if you're interested!
(I usually multiply by 1.5 because NOTHING will rise in my oven. This is the original recipe. I do substitute some ingredients for letters to make it clearer!)

F) 2oz pecans/walnuts (I use walnuts because I think they're nicer and they're half the price!)

G) 3oz butter (if you do use marg don't use a low fat one! I made the mistake and it just curdled - badly!)

1. Get two small bowls and put E in one, and I & J in the other. Add a small amount of boiling water to each. E should be liquid and the granules fully dissolved. IJ should be a paste regardless of if it's dissolved. Reserve to cool.

2. Beat the butter and the sugar until they're smooth and fluffy.

3. Preferably in a jug, beat the eggs and add E.

4. (To avoid curdling) Add equal parts of the egg mix and the flour to the sugar mix. Beat with each addition until it's all combined.

5. Roughly chop and add the nuts. Remember to fold the mix, to add more air.

7. While it's in the oven you can make the icing! Beat the butter and the icing sugar until they're creamy and then add the IJ paste. It should turn pale brown and if it goes runny then the paste was too watery. Try beating it more and if that won't work then add more butter or sugar. If it does work still beat it quite a lot to get that air and volume into it.

8. Before being all eager, wait for the cakes to cool after removing then from the oven. If you ice them while hot the icing will just melt and disappear!

On another note it's finally Friday! Looking forward to the weekend so I can put in a lot of crafty hours. I'm not sure if I should focus on the denim shirt or my wolf - probably the wolf since that's what you seem most interested in. 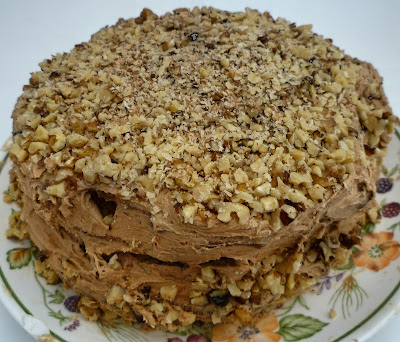 See you sometime soon!
Heather xx
You were bored to death by... Heather at 22:19 3 comments:

Lots of Pictures - And Cross-Stitches!

Yeah... That happened. I've had absolutely everything on my mind except this blog. Oops. I did however manage to take pictures of the denim shirt so far, although they are from a couple of weeks ago so I've done a little more since then. I have conquered my hatred and completed my first ever cross stitch which will now be going on my list of hobbies ^.^ I think it's pretty but it did take me forever!
Anyway I have the pictures of the shirt now. I know the lighting is sinful but at least I have them! Don't be too blown away... it is pretty under-developed at the moment. I'm going to have fun with the arms because this fabric is thicker than the suggested linen so it doesn't move as easily.

I know it's a bit late to mention it, but I went with my personal walking bank to Ally Pally and the Knitting and Stitching show on my birthday. As usual I was just too cute to refuse so I ended up blagging a shocking pile of things.
One thing I decided to get was more patchwork material, so after much deliberation I settled for these ones. Do not judge my taste in colour - as you can see by my background, it's different! 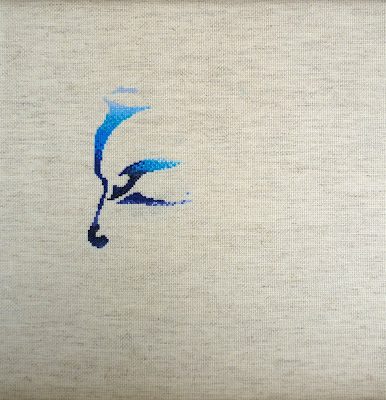 I know it's not my normal type if post or anything but at least it's something. I might post some pictures of the most perfect recipe for coffee cake if I bake it tomorrow. Friday, at last. It's too late in the evening for me to comprehend humour so sorry if this is less amusing than the last one!

Hi guys!
Yeah, sorry about not being able to post any pictures if the shirt today! I was working really hard on it (umm... unpicking my mistakes...) and then I suddenly remembered to take pictures at the exact moment all of the natural light was sucked from my world.
Currently I'm sitting in my room trying to figure out what to take on my scout hike in 2 days. This is the real one this time - 12 ish miles to walk to the campsite on the Saturday and then another 12 all the way back on the Sunday. We'll  have to carry all our kit (minus the tents which one of us is carrying because he isn't staying overnight) which includes all the food for two days and sleeping stuff and clothes and shoes and the kitchen sink and did I mention I'm also the only girl.
At least it isn't that awkward because there are only four of us walking in total. None of the other three are particularly idiotic airheads, so you can hold a decent conversation for a few minutes before it turns to football or other even less desirable subjects.
What is awesome about this hike is we have no adult supervision other than about three checkpoints. I mean technically we were supposed  to plan our route but because of the practice I'm pretty sure I could go most of the way from memory. Nobody needs to know that though.....
So yeah anyway, I'll try to show you what I'm going to have to carry, and if the weather doesn't do an England on us (and by that I mean 'rain' for all you people lucky enough to have escaped our climate) I might be able to get some decent photos of the view. I remember last time it was very green and blue and pretty. Everything's pretty. Okay I should not be allowed to write posts at this time of night because of the rambling!

Enjoy being more awesome than me!

A Little About Me

Who's My friend =D